Business and Economy in Mussoorie 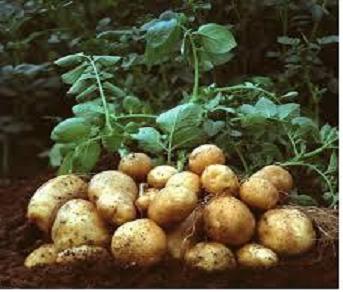 Business and Economy decides the progress and development of any place. It is one of the strongest features which holds a substantial part in the growth and expansion of a city in all terms. For Mussoorie, it is no way different, and that is the reason why more initiatives are taken to increase the revenue so as to make Mussoorie a more alluring and financial stable hill station. The two most important source of business in Mussoorie are tourism and agriculture. Apart from this there are plenty of small business houses which contribute sufficiently towards the economic growth of the city. Though the city is devoid of major industrial houses but it is the small companies only which try to compensate the loss at their best.

Referred as the “Queen of Hills” one of the major and the most important contributor towards the economical growth of Mussoorie, is the tourism industry of the town. It is the scintillating charm of the mountain ranges and green valley that pull in millions of tourist from all over the world to this small city of Mussoorie. It has a number of sightseeing spots like Gun Hill, Hill Top, Municipal Garden, Landour area, Kempty Falls, Bhatta Falls, Lake Mist, Camel’s Back Road, Mussoorie Lake and temples like Nag Devta Temple, Jwala Devi Temple, Methodist Church, St Paul’s Church and many others along with an aura of the varied flaura and fauna which creates a mesmerizing beauty. To view all this beautiful places and scenic excellence both domestic and foreign tourist visits the place round the year.

Several small scale industries have got benefited through tourism industry. Communication by road has been excellently maintained in and around the town but Railways have got majorly benefited through the tourism business of Mussoorie. To provide greater convenience Railways have been pushed to Dehradun to reduce the time of traveling by road since the distance from Mussoorie to Dehradun is only 38kms which can be traveled by private cars which again contributes to transport business of the town. Apart from this, many hotels of various class and stature like Star Hotels, Resorts, Budget Hotels, Guest Houses and Cheap Hotels have come up with business houses in Mussoorie in a big way. It not only facilitates tourists but it also boosts the tourism business here. Again the restaurant business with the various cuisine types has also been majorly benefited through the rise of tourism industry here.

In a nutshell, tourism industry has interlinked connections with many other industries which all contribute towards the growth of Mussoorie. Be it railways or car rental companies, the hotel business houses or restaurant business, the market places with innumerable products or the activity centres in the city. All get hugely benefited because of the growth of tourism industry which contributes to the economical upliftment of the hill station.

The second most important source of revenue in Mussoorie is the agriculture business. Agriculture here is no way different from that of the cultivation method in plains but in hilly areas it demands more hard labour and skill to produce good crops. Both rabi and khariff crops are sown here but a lot of rules for agriculture are different in hilly regions since it demands more preparation of the soil before it becomes ready for cultivation. The primary khariff crop cultivated here is Paddy along with various forms of rice which are sown best here. The hilly region here is quite famous for the excellent quality of basmati rice exclusive of this region. Apart from this some of the major khariff crops harvested here are maize, jhangora, soak, arhar, kulath, mandus and Sugarcane. Some popular rabi crops are also cultivated here of which wheat takes the principal position. Other than this there are mustard and barley crops which also are hugely grown here.

Major fruits which are grown in this hilly areas are guava, grape, pear,litchi, lemon, strawberry etc. In vegetables the major production is found of potato. In fact potato cultivation is one of the oldest and the most widely done in the hilly areas of Mussoorie. The production is so high in Mussoorie, it is first utilized for the consumption of the town and the rest is exported to various other districts within the state.

The next prominent business in this hilly region is Animal Husbandry. For the small scale farmers this is a good way of earning the extra money and that is why they put sufficient effort in maintaining livestock. Be it cows and buffaloes the same is used in plenty to meet up the milk requirement of the town and the district. Apart from this sheep and goats are also maintained a lot. Wool is used a lot to make home spun woolen dresses, blankets and other garments. Livestock fishing business are also much popular in Mussoorie with considerable revenue earned from it. However, the production of milk is a concern for the authorities here and plans and ideas are being implemented so as to increase the production so that it can meet up the requirement of the town.

Handicraft industry also runs in a sufficient volume in the hilly regions of Mussoorie. Be it handloom weaving or carpet weaving, wood carving or lantana furniture making, handicraft in Mussoorie has several shades. It may be noted that several crafts, on the basis of the available plant fibers are nettle, ringaal, bamboo and lantana are popular here. Woolen carpet weaving are a popular industry here. The Tibetans or the Bhotias are mostly those who are engaged in this business. The same is often exported to other parts of the state which in turn adds up to the revenue of the town. It may be noted that the weavers mentioned does not limit their creativity with carpet weaving as one can find various products here like shawls, pattas, caps, scurves pullas, neck ties, woolen bags etc. Pottery, wood carving, leather handicraft, brass handicraft and cane handicraft are notable business here which consistently adds up to boost the economical development of the town.

Mussoorie does not have any major industries or companies in the town but the Mussoorie Dehradun Development Authority have recognized the situation and are working towards pulling in prominent industries in this region and focusing on providing proper industrial infrastructure for their benefit.