* In case of any delay in receiving the OTP, you may verify it later. Please proceed without verification.

Your mobile number is not registered with us. Please register your mobile no.

Mussoorie is one of the picturesque hill station, based in the Garhwal Himalayas with outstanding scenic excellence and extraordinary natural beauty punched with the latent culture of the natives which includes a combination of Garhwal, Tibetans and other religion believers. As per the history of the town, it was the British officers which pulled the city into limelight, after the Gurkhas, so a lot of influence of them are also visible in the culture of Mussoorie. The beautiful tourist spot also shares the culture of Uttarakhand. With the different cultural shades Mussoorie is a combination of rich heritage, religious shrines and enough involvement of art and music. 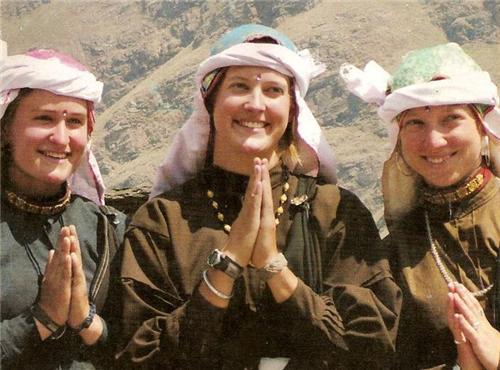 Though the majority of the people consist of Hindus there are people of other ethnic groups too. The local people of Mussoorie includes Garhwalis and Tibetans who form a considerable part of the population in Mussoorie. Together this group have a world of unique customs and traditions which becomes the most interesting aspect of Mussoorie. The main language used here is Garhwali and other languages include Punjabi, Hindi, Kumaoni and English.

Diversity in cultural heritage is the key to the glory of Mussoorie. The city houses temples and religious shrines of every religion. Religious customs are traditionally performed here and immense importance is given to the fairs and festivals of all caste and creed. The most attracting feature of this festivals is the involvement of the locals as they celebrate the same with ultimate zest. Some of the prominent festivals here include Basant Panchami,Uttarani or Kale Kaua, Phooldeli, SamvastarPareva, Hariyala,Bikhauti, Autumn Festival, Gheeya Sankranti or Olgia, Summer Festival ShravanMela, The Bhadraj Fair, Kunjapuri Fair, Surkhanda Devi Mela, Tapkeshwar Fair, Mata MurtiKaMela, Lakhawar Village Fair and so on.

Uttarani or Kale Kaua
This is a popular and extremely particular festival which is celebrated each year on 14th January. The same celebration is visible in places which includes Rameshwar, Salt Mahadev, Pancheshwar, Bageshwar and Raniibagh. During this time the Dola of Chamu remains present in the Pancheshwar temple.

Basant Panchami
This particular festival marks the welcome of summer and spring season and bids goodbye to the chilling winters of Mussoorie. Celebrated during the months of January or February this is the time for worshipping Goddess Saraswati in a grand manner.

Phooldeli
This particular festival celebrates the togetherness and unity of the locals here. The young generation during the festival day, plants significant flowers before all houses that promises good luck for the current year. This festival is celebrated during the months of March and April.

Bikhauti
This is a unique festival which celebrates farming and prays to the Almighty for a good harvest. This is a 10-day festival where on the first day the Bikhauti women plant 7 versatile grains and pray to God for a good harvest. If any one of the grain germinates in an expected manner then the locals conclude that the year will be good for cultivation. On the last day of the festival, the plants grown of the seven seeds are cut and beautified by placing them in their hairs or behind the ears. Even the custom of handing over gifts by the brothers to their sisters are extremely common and this tradition is often called as Bikhauti.

Hariyali
This is a festival celebrated during the months of July and August welcoming the monsoon season after a good harvest. In this festival clay statues of Lord Shiva and Goddess Parvati are made and the locals worship before them. Bullocks are also offered a day off in this day.

Summer Festival
One of the most popular festivals organized by the Nagar Palika Parishad, Mussoorie is the Summer Festival which is initiated with the motive of enhancing educational awareness and recognizing social issues. The main celebration of the festival is done by seminars, cultural parades, drawing competitions, debates, game shows, folk dances and magic shows and many others.

Autumn Festival
Municipal Board Autumn organizes the beautiful and entertaining Autumn Festival which includes activities like roller skating shows, fireworks, theatre plays and other sporting events. This is a 10day long festival which attracts prominent dignitaries like Ministers and Governor to Mussoorie.

Apart from fairs and festivals, art and literature, music and dance also forms an integral part of the culture of Mussoorie. Traditional dance, devotional songs are an important part of the festivals in Mussoorie. In case of practising music the locals of the city always prefers the traditional music which includes Chhopati, Bajuband, Jaggar etc.

Apart from this Basanti is a folk song sung in celebration of spring weather, Mangal songs are basically puja folk songs and Chounphula and Jhumelia which are songs sung in celebration of Basant Panchami. Mussoorie also have its versatile traditional dance forms which is an equally interesting aspect. Three major dance forms are quite popular in Mussoorie region and those are Langvir Nritya, Barada Nati and Pandav Nritya. Each dance form has some specifications which makes them unique in its own way. For example in Langvir Nritya, which is performed by men only , the dancer climbs a long pole and balances himself over it on the stomach and other musicians play damana and dhol surrounding the dancer. In Pandav Nritya, the dancers mainly depict the story of Mahabharat in their own unique way of dance and acting.

Handicrafts of Mussoorie are an equally promising part of the beautiful culture of the city. The excellent art, the superior hand works, wood carving, jewellery making, candle making, painting are all examples of their creations. Wood carving is one of the primary handicraft works along with many decorative items of brass items which are extremely attractive. Even hand works in garments are also equally popular among the visitors and locals of the town. Beaded jewellery and other fashionable ones are also quite popular in the local markets here.

Some of the best handloom garments are available in Mussoorie. These garments are exclusive collections with uniqueness in every piece. Experienced and skill craftsmen are engaged in this profession making some of the finest clothes for the customers. Quite a few reputed shops in the Mall Road and near Kulri Bazaar have collections of these fashionable garments.

Some of the best handloom shops in Mussoorie are

The life of the people of Mussoorie remains painted with a varied number of cultural shades which makes it extremely appealing and interesting not only to the locals but also to the visitors of the town. Be it the festivals or the contribution in art and music, Mussoorie has always been a colourful cultural destination and a wonderful place to visit.