Being based in Garhwal Himalayas under Dehradun district,and having Tibet in the neighboring region, Mussoorie is a town which can be termed as a land of various cultures, caste and creed. This multi-cultural setting influence the environment of the hill station in many ways like in terms of lifestyle, culture and even food preferences.

Cuisine of Mussoorie has many shades. While the local foods consist of majorly Garhwali food style, there are other varieties available too. 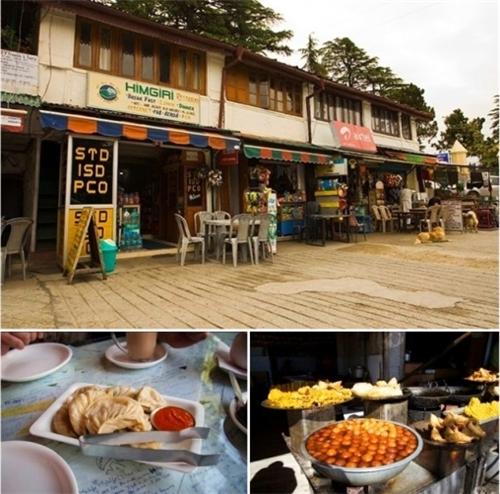 Garhwali people belong to a specified community which is mostly based in the Garhwal Himalayas. In this context, Dehradun and Mussoorie have Garhwali people based in the territory and they have introduced the magical taste of the yummiest varieties of regional cuisine to the locality.

Garhwali cuisine primarily reflects the effect of Himalayan climate. Though the cuisine has no barrier regarding vegetarian or non-vegetarian type of foods but they are cautious on milk products since hilly cows are not one the high yielder of sufficient quantity of milk. The staple food of the particular cuisine are rice and lentils. Urad dal is used a lot here named as badis and moong dal is named as mangodi. The most famous Garhwali dish is bhatt, which is a variety of soya bean and kulath.

To taste some of this mouth-watering variety of dishes in Mussoorie, the best place to visit is Hotel Prince, where they serve the most authentic variety of Garhwali dishes.

Just like there is popularity of the Garhwali dishes in Mussoorie, there is an equal demand of Tibetan cuisine in its most authentic style. The characteristics of Tibetan food are essentially the benefits of providing extra warming and a lot of nutrition. Tibetan foods contain a lot of protein and they majorly include dishes on noodles, meat, milk, mutton, yak, goat, Tibetan cheese and soups.

Tsampa created with barley is the staple Tibetan food. Apart from this momos, dumplings and Thukpa are worldwide favorites from Tibetan list of dishes. Yoghurt, butter and cheese are widely used in the Tibetan dishes.

In Mussoorie there are few excellent quality Tibetan restaurants which provide authentic food for the customers. One of such restaurant is the “Momos Tibetan Restaurant” at the Mall Road which has some of the best momos to serve throughout the day. An equally promising restaurant for Tibetan food is Kalsang at Mall Road which is famous for its noodles, chopsuey and momos. Even Amitash The Rice Bowl provides the best of Tibetan dishes. It may be noted that the latter restaurant remains close from December 1st to March 1st week every year.

Though the specialty of Mussoorie is the Garhwali or Tibetan cuisine that does not mean the availability of other food styles are restricted in the hill station. Affluent availability of Indian cuisine which includes north Indian and south Indian food, Chinese cuisine and continental cuisine are found in Mussoorie.

Plenty of quality restaurants are there on the hill station which serves most of these cuisines in perfect ambiance and supreme hospitality. If the preference is vegetarian food then the best choice would be Green Vegetarian Restaurant at Kurli, which serves a lip smacking variety of Biriyani, or may be Agarwal Vegetarian Restaurant or Uphaar, a delightful restaurant at the Mall Road serving authentic vegetarian dishes.

For North Indian dishes one can try Vishnu Palace Restaurant, The Tavern Restaurant, The Breeze Kitchen and the Dawat Restaurant at Kulri. For South Indian foods in Mussoorie the best options would be Udupi, The South Indian Café near Library Bazaar or The Madrash café at Mall road. For Chinese foods there are plenty of options in Mussoorie like Clock Tower Café at Landour or Four Seasons at Kulri. For all those who wish to taste Punjabi food in Mussoorie can visit Aman Restaurant near Kempty fall and for Continental one has to visit Orchid Restaurant or Maacozy at Gandhi Chowk, Mussoorie. However for the Italian Cuisine lovers there remains the availability of authentic Pizza from Dominos at the Mall Road.

Apart from regular meals, Mussoorie houses some of the versatile yet authentic sweet shops which try to bring in the taste of desserts from various parts of the country. Be it the north Indian sweet dishes or the Bengali famous sweets, Mussoorie has it all. Some of the popular sweet shops here are

The specialty of snacks is the fact that it excites people of all generations and there are hardly people who dislike some mouth-watering varieties of fries and chaats. Mussoorie has few quality snack food centres on the hill station which provide some of the tastiest variety at reasonable prices.

For all those who are in love with omlette or other dishes of egg can drop down at Lovely Omlette at Kulri Bazaar, for some lip smacking variety of cheese omlette, omlette bhurji, omlette with onion and capsicum and many others served with chill cold drinks or some flavored tea.

Be it the Chaar Dokan or the Chic Choclate, the variety of yummiest snacks are unlimited in these places. Sit and enjoy the best of butter toffees, pancakes, cinnamon waffles, bakery products or veggie Maggie in the backdrop of panoramic views. The Chaat center, opposite to Chic Choclate at Mall Road serves the tangiest variety of hot and spicy chaat. Be it the famous Aloo Tikki Chaat or the popular Papri Chaat or the spicy Gol Gappe, one can find all, in this place.

For all those who have a sweet tooth can drop in at Casa Mia near Kalsang to taste the yummiest variety of bakery products and chocolate, candies and cakes. Some of the popular bakeries in Mussoorie are:

For all those people who love to experiment with the beverages and taste multiple style of them can dig into the famous tea coffee stalls at Mussoorie like the Tip Top Tea Shop, Café Coffee Day, Nirulas and others. Some of the tastiest beverages are also available in Mosaic Restaurant and Clock Tower Café which are worth visiting.

Food options in Mussoorie have a wide variety and one gets the option to try out different cuisine and be the judge of the best.