Lifestyle in any place is directly related with progressive ideas and modern trends. It is the medium of accepting the goodness of modern way of living and makes a perfect combination of the new modes of healthy living punched with the traditional customs and rich culture and ethics. Mussoorie being the Queen of Hills is flocked with visitors from various spheres of life and remains exposed to multiple forms of modern ways of living. It gets a good access to the best practices of the society as a whole and thus it helps the city to adopt the various modern living styles and concepts. Be it gymnasium or body massage parlors, spa or beauty parlors, boutiques or handloom works, or be it the shopping zones with exclusive items, Mussoorie in today’s date has a wide range of options to match the lifestyle requirement of every sort of visitors. 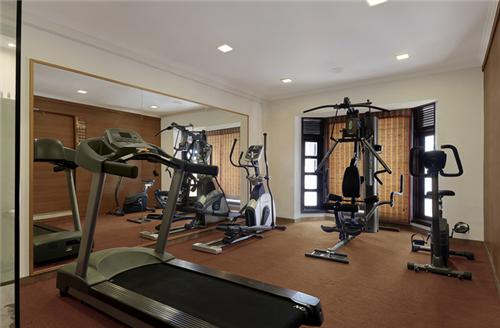 Health is the most precious asset for every human being and that is why it needs ultimate care in all ways possible. Exercising and keeping body fit is very much important since it regulates the metabolism and helps in keeping a balance of essential nutrients in the body. Mussoorie is very much aware of these benefits. Almost all star hotels have the facility of gym in their hotel premises which help the visitors tune in their body whenever they want. Apart from these, colleges like ST George College, Mussoorie also have gym in their premises to make students aware of the benefits of exercising.

Usually these fitness centres conduct trial classes, special information classes and several small and big fitness packages which help the customer’s deal their health requirements as they want. There are often discount and offers implemented to make more and more people get interested in keeping own self fit. Some of the popular fitness centres are:

Some of the popular hotels having gymnasium for their customers are Hotel Green Castle, Royal Orchid Fort Resort, Tulip Inn, Jaypee residency, Hotel Madhuban Highlands, Fortune, The Savoy, Club Mahindra, Mussoorie and many others.

Mussoorie just like any other city has sufficient number of beauty parlors within the city limits which has arrangements for all kinds of skin care requirements, latest equipment and trained professionals.

Here is the list of beauty parlors in Mussoorie.

Mussoorie does not have considerable number of movie halls but the city is the proud owner of one of the first 5D movie theatre in the country and also the first one in Mussoorie. Picture Palace provides a wonderful multiplex experience in Mussoorie with other entertainment options like gaming zones, scary haunted house and versatile food in food court.

Nightlife options are not much in Mussoorie though there are exclusive nightclubs and pubs in several hotels which provide considerable entertainment for the visitors. Some of these bars and restaurants include:

In a nutshell, Mussoorie is a place which in the last few years have grown double fold and have accepted various progressive and modern lifestyle features making the place a lovely tourist spot with all kinds of facilities available.