Utility and Services in Mussoorie 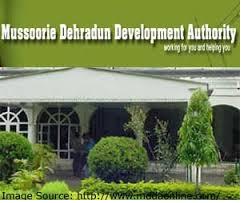 After Independence, Mussoorie has witnessed a lot of development activities which in turn have contributed towards the growth of the hill station. For a better society it is always necessary that administration recognizes the basic and essential needs of the natives and take actions accordingly. It is their duty to serve the people with the best facilities that may help in fetching a habitable location. As said, Mussoorie in this regards is quite blessed since the administrative department takes care of almost all daily life needs of inhabitants as well as the huge number of vacationers visiting every year. Be it emergency requirement or daily based necessity, medical needs, educational needs, administration help or other services like banks, post offices, courier service, telecom, media, packers and movers, agents and many others , Mussoorie has the capacity to support all and that’s what make the beautiful hill station more admiring to each and every person that visits.

Nagar Palika Parishad Mussoorie under Dehradun district serves the municipal services in the hill station. The major responsibility of this department is to cater the needs and requirements of the natives and the tourist visiting the hill station in all possible ways. Be it road construction or maintenance of tourist spots, street lights or the hygiene factor of the location, all responsibilities lies in the jurisdiction of Nagar Palika Parishad Mussoorie. Even matters related to public health like awareness camps, vaccination camps are also organized by the office. One of the important services, provided by this department, apart from the usual ones are the maintenance of birth and death certificates in Mussoorie zone.

Laden with the objective of achieving the best planning and development agenda for both Mussoorie and Dehradun cities, the Mussoorie Dehradun Development Authority was established in 1984. Along with the municipal area of Mussoorie the department holds the development of Dehradun and around 185 villages surrounding these two areas. The department has done significant contribution like development of tourist spots and increasing them to boost up revenue generation and tourism industry, constructing inter-state bus terminal and ensuring safety measures for the building construction in hilly areas, promote rain water harvesting and many others. The motive of this government office is to present a more beautiful Mussoorie for the natives and the visitors.

Today UPCL is a huge company with more than 4500 people working, operating and maintaining 5 substations and providing power supply to almost 13 districts in Uttarakhand including Dehradun, with a population capacity of more than 1.59million customers. Mussoorie falls under the district limits of Dehradun and, thus, have enough supply and facility of good electric services. Several development plans in this sector, like Re-structured Accelerated Power Development & Reforms Programme (R-APDRP) are initiated by the UPCL office which contributes to the growth of the hill station.

The water services of Mussoorie are served by Uttarakhand Jal Sansthan. It is the primary responsibility of the department to look after the operation related to proper water supply and plan schemes for the betterment of the hill station. Sewage treatment and disposal of it are also well maintained by this department. An overall duty of providing clean and healthy water to every house with excellent sewage service lies in the job jurisdiction of Uttarakhand Jal Sansthan.

Banking service is an essential requirement in any civilized society. They provide the best financial support by their network of various private and nationalized banks situated at every place. Mussoorie is no different and that is why a well established network of prominent banks is based in the hill station too. These banks are a support to not only the salaried individuals who maintain their savings here but also to the small scale industries and business owners who earn their living in Mussoorie. Investment opportunities and loan options are some of the facilities provided by these banks and enjoyed by the people here.

Postal service in Mussoorie is maintained by a sub Post Office at Mall Road which does efficient work on matters related to postal works of the hill station. Though with the passing days there is an increased popularity of private courier companies it is the consistent efforts of the Post office that is responsible for its excellent reputation in this services. Apart from postal services , the post office also have options for financial investments for the natives. The headquarters of this post office in Mussoorie is based at Dehradun Cantonment.

Courier service in Mussoorie is an equally efficient department which does excellent work in matters related to delivery of goods from Mussoorie to several other destinations within the country and abroad. It is true that efficiency is present in Government post services too but the private companies have more facilities like online tracking, faster delivery, delivery details, protection of goods and authentication which are equally important to the customers sending important documents. In Mussoorie the major private courier company operating is DTDC Couriers which have acclaimed sufficient reputation for their excellent service all over the country. It may be noted that the company provides both domestic and international courier service.

Media services in Mussoorie are a conscious contributor towards a better society and living space in the beautiful hill station. Apart from television media,radio services is present in Mussoorie and it is highly enjoyed by the locals. Radio Khushi in 90.4 frequencies is an interactive media channel which deals with entertainment social consciousness and social awareness along with promoting their principal objective, primary education. Among television channels there are Hindi news channels as well as entertainment channels which are quite popular among the locals.

One of the most essential communication medium in today’s technology based world is mobile phones and internet or broadband services. The excellent services provided by the telecom companies are hugely responsible for this. They have not only fetched the medium closer to mankind but with reasonable rates and tariff of the services made it quite within the reach of all classes of people. Mussoorie being an important tourist junction has enough services from various telecom service providers which includes market giants like BSNL, Vodafone, Airtel, Reliace, Tata, Aircel, Idea etc.

Apart from the excellent services there are efficient mobile repair centres in Mussoorie which deals with mobile phone problems of all kind. There are experienced technicians here who are capable of correcting all types of mobile makes of different brands. The major mobile repairing shops in Mussoorie are

Permanent Account Number or PAN number is an important government documentation which is essential for every Indian citizen to carry. The sole purpose of this unique number is to calculate tax and proper tax levitation, control black money and criminal activities like money laundering. However, since it is mandatory to have this card and number, there are several agents who can help filling application for this card and do all the necessary documentation so that one gets the card at the earliest.
Mussoorie has also few experienced consultants who know the correct ways of application and help in getting the card faster. A popular Pan Card Consultant in Mussoorie is

One of the most important services for the well being of every individual is the insurance services. The various insurance companies operating in the country have distinctive products like life insurance, health insurance, child policies, etc which are nothing but financial medium of securing money for future. To have the best deal in this sector there are specialized insurance agents and reputed insurance companies. Mussoorie, as described have similar services available from two distinctive insurance companies operating in the hill station. They are efficient and they provide lucrative deals which promise good profits for the future. The Insurance Companies are:

Packers and Movers in Mussoorie

Shifting places can be a real tension especially if it is for a big family. But this problem has been solved worldwide with the introduction of the expertise services of Packers and Movers. Mussoorie, being a small town in Dehradun district does not have much options in this genre since there are only two efficient packers and movers based in Mussoorie. Apart from this there are companies operating from other states and have services for Mussoorie. The best part of these Packers and Movers based here is the fact that they are competent and does the job in a well organized manner in the best ways possible. The charges for the service are quite reasonable and they are open for bargaining too

Some of the Packers and movers in Mussoorie are

Some operating from other cities are

Photography is an art and this art is in huge demand in different sectors of life. Apart from the entertainment world, photos are required even in our daily life in various Government or private offices making it more popular. More than entertainment it is a necessity in today’s world and understanding this requirement Mussoorie also houses some of the best photo studios in the hill station.

One of the most essential services in daily life of every household is LPG services. These services are a complete package of convenience as well as being economical. Though the advantages of gas services are recognized by people at large in Mussoorie, they fail to access the country renowned gas supplying companies except Indane Gas Service due to unavailability of their offices in the hill station. But this does not affect much the gas services in the hill station due to the presence of Mussoorie Gas Services. Details of the same are given below for reference.

Another profession which has marked a wonderful beginning in the hill station is the service of real state agents. Land and property is one of the most valuable assets in today’s date and Mussoorie has some of the best properties present in its area. The property dealers in Mussoorie are experienced and well knowledgeable personnel who can guide the best way regarding estate deals both in rental and purchase or sell. The real estate agents work here for farmhouse, plots, land purchase or sell and lastly commercial and industrial space purchase or sale.

Altogether it may be concluded that Mussoorie has some of the best services in the hill station which helps not only the natives but the millions of tourist visiting each year.